David McCall grew up in Houston (Spring Branch), graduating from Spring Woods High School in 1974. He earned a B.S. in Education - Curriculum and Instruction from Texas A&M University in 1978. David taught 6th through 12th grade science for 13 years and served as an in-school suspension teacher for 2 years. During this time he coached girls athletics, sponsored science fairs, was a school bus driver/instructor, volunteered as a lay counselor with Family Outreach and was the head instructor of his own TaeKwon-Do school. He earned TCLOSE law enforcement instructor certification in defense tactics through the West Central Texas Council of Governments Law Enforcement Academy. In 1996, David earned a M.Ed. in Guidance and Counseling from Tarleton State University. He served the next 20 years as an elementary school counselor where he taught character education, parenting classes, conducted dyslexia and Gifted & Talented testing, presided at ARD & 504 meetings while also sponsoring chess and TaeKwon-Do clubs. After retiring from public education in 2016, David became politically active with the Fayette County Democratic Party; first as a precinct chair and currently as the county chair.

Rhoda (Fish) Gersch grew up on a farm in Northeast Kansas in a large family of seven siblings, one brother and five sisters. She graduated from Kansas State University with a Bachelor of Science degree in History. Throughout her professional career she worked for the Texas Legislative Council of the Texas Legislature, The North Central-Flint Hills Area Agency on Aging, and the Wyoming Governor’s Office on Aging, during which she received a Certificate in Gerontological Studies. The last 28 years of her career she spent as the Executive Director of Combined Community Action (CCA), a private non-profit in Giddings Texas. During her time at CCA she was limited in the amount of political work she could become involved in because the agency received federal funds that were governed by the Hatch Act. Upon retirement in 2012, Rhoda volunteered to become the Fayette County Precinct 11 Associate Judge and worked the polls during primaries and general elections. In 2016, she joined the Fayette County Democratic Party and became the secretary. A position she continues to hold. Rhoda is an avid reader and is a co-founder of the Winchester Texas Quilt Block Trail.

Linda (Levien) McCall was born in the La Grange Hospital and attended Round Top Elementary. Her father became a foreman at the Rockdale Alcoa plant so she attended high school in Rockdale, graduating in 1976. Her family spent most weekends at their farm in Round Top all the while. Upon graduating H.S., Linda moved to Bryan to attend business college. It was there that she met David and they were married in 1979. She briefly worked as a bookkeeper's assistant, but mostly was employed with schools that David taught at. Linda accrued 29 years as a teacher's aide, mostly in Special Education math instruction. She earned a 4th degree black belt in TaeKwon-Do and was the assistant instructor at a school she and David owned. She retired from public education in 2016 and moved to property her mother's family (Meiners) grew up on. Her favorite activity is gardening and spending time with her hubby. Linda joined the Fayette County Democratic Party and quickly became treasurer. She currently holds the position of Precinct 9 Chair.

The County Executive Committee (CEC) is responsible for overseeing county party operations including (but not limited to) collecting filing fees, appointing watchers, determining the order of names on the ballot, canvassing primary results, and setting and publicizing times and places for Precinct and County and Senatorial District and State Conventions among other responsibilities. Additionally, the CEC has primary responsibility for planning and coordinating the General Election campaigns of the Democratic Party’s nominees within the county. In the case of nominees running for office in districts which include areas outside of the county, the CEC works with the Senatorial District Committee (SDC) to get Democrats elected. The CEC will assist the SDC in raising funds for conducting local campaigns, supporting the statewide effort for the entire ticket, producing materials, and coordinating local services for all Democratic campaigns. 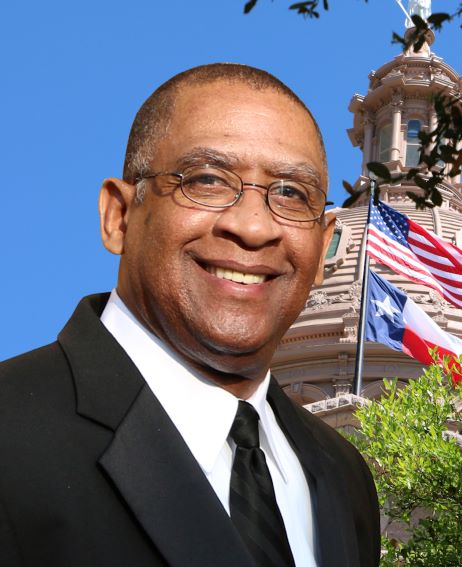 Cecil Webster is a member of the State Democratic (Party) Executive Committee (SDEC), representing the 21 counties, or parts thereof, in Senate District 18. The SDEC constitutes the senior leadership of the Texas Democratic Party, with responsibility for providing oversight of party staff and statewide party activities. He has also served as county chair and a precinct chair of the Fayette County Democratic Party, and he has been elected as a delegate to the Democratic National Convention and a state delegate to every State Democratic Convention since 2008. Webster is a military veteran, having served 26 years of active duty in the U.S. Army, retiring as a colonel.